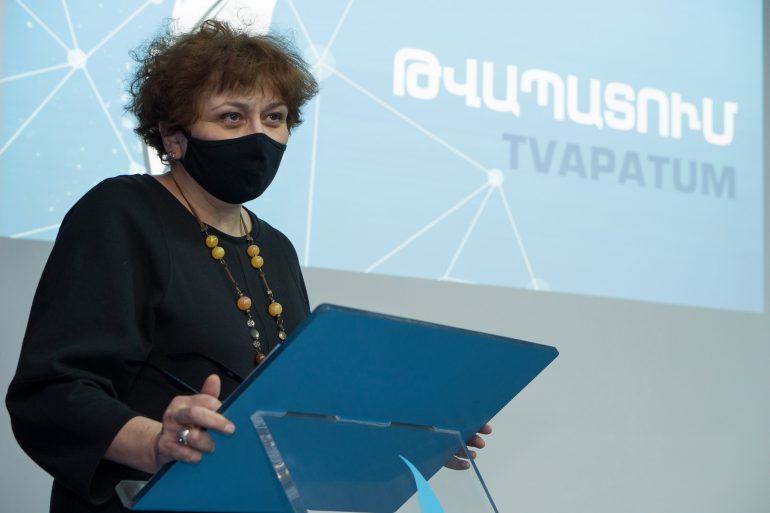 “Tvapatum 2020: Stories about Change” journalistic contest summed up 2020 by awarding prizes to the authors of influential media pieces.

Well-known and experienced experts in the field of media are the members of “Tvapatum 2020” jury:

Following the tradition, this year as well, Tatevik Revazyan, the winner of the former contest under the category Person of Action (Homo Agendi) also joined the professional members of the jury.

The jury examined and evaluated the submitted applications and after the discussion the winners were determined. The latters were awarded monetary prizes and Tvapatum sculpture symbols. 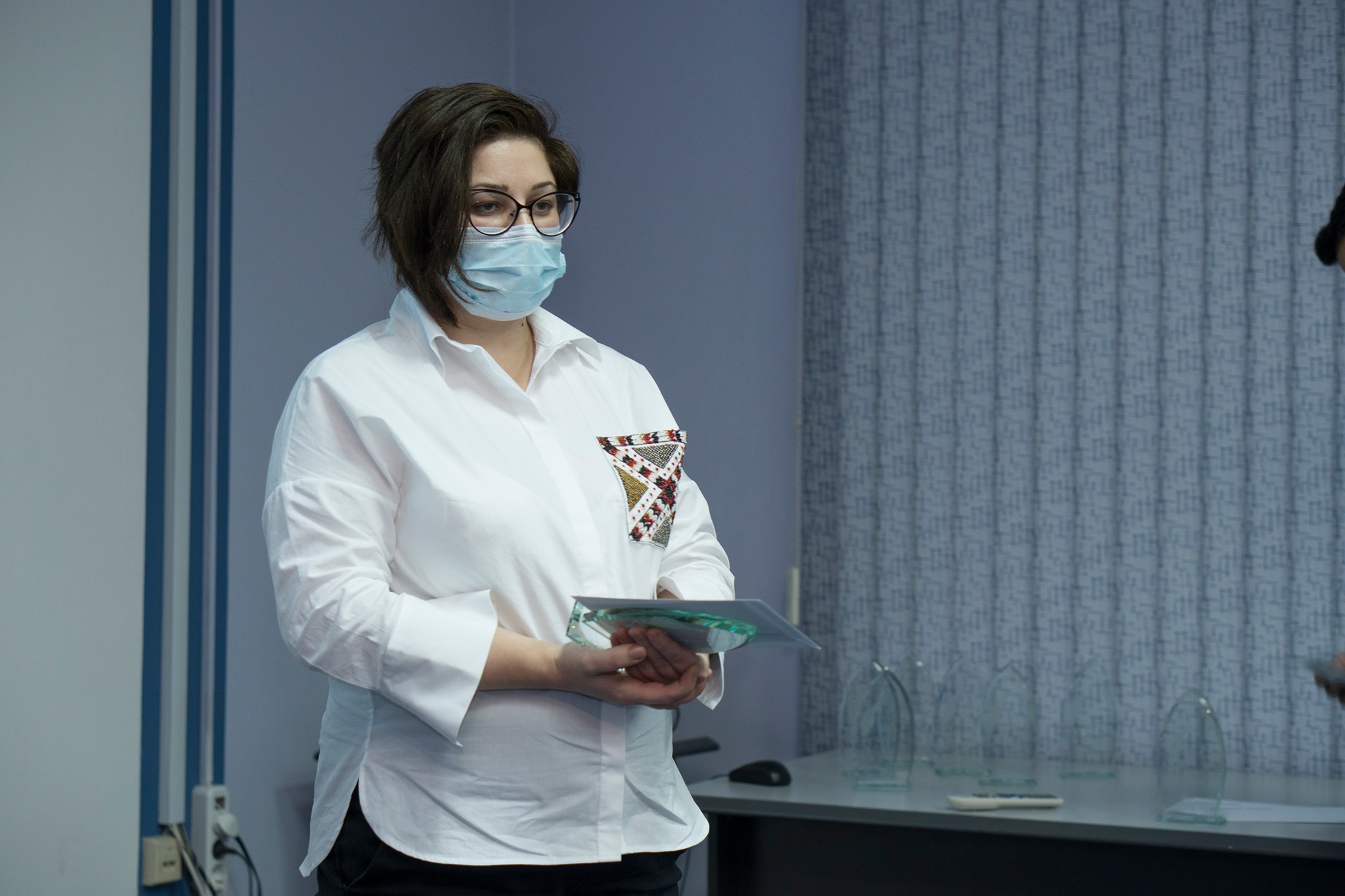 The “Verified” award (the prize of 200 000 AMD) was presented to Hetq journalist Seda Hergnyan for the article “Conflicting Data: Investigating the 3 Tons of Semi-Finished Jewelry Armenia Exported to Russia.” 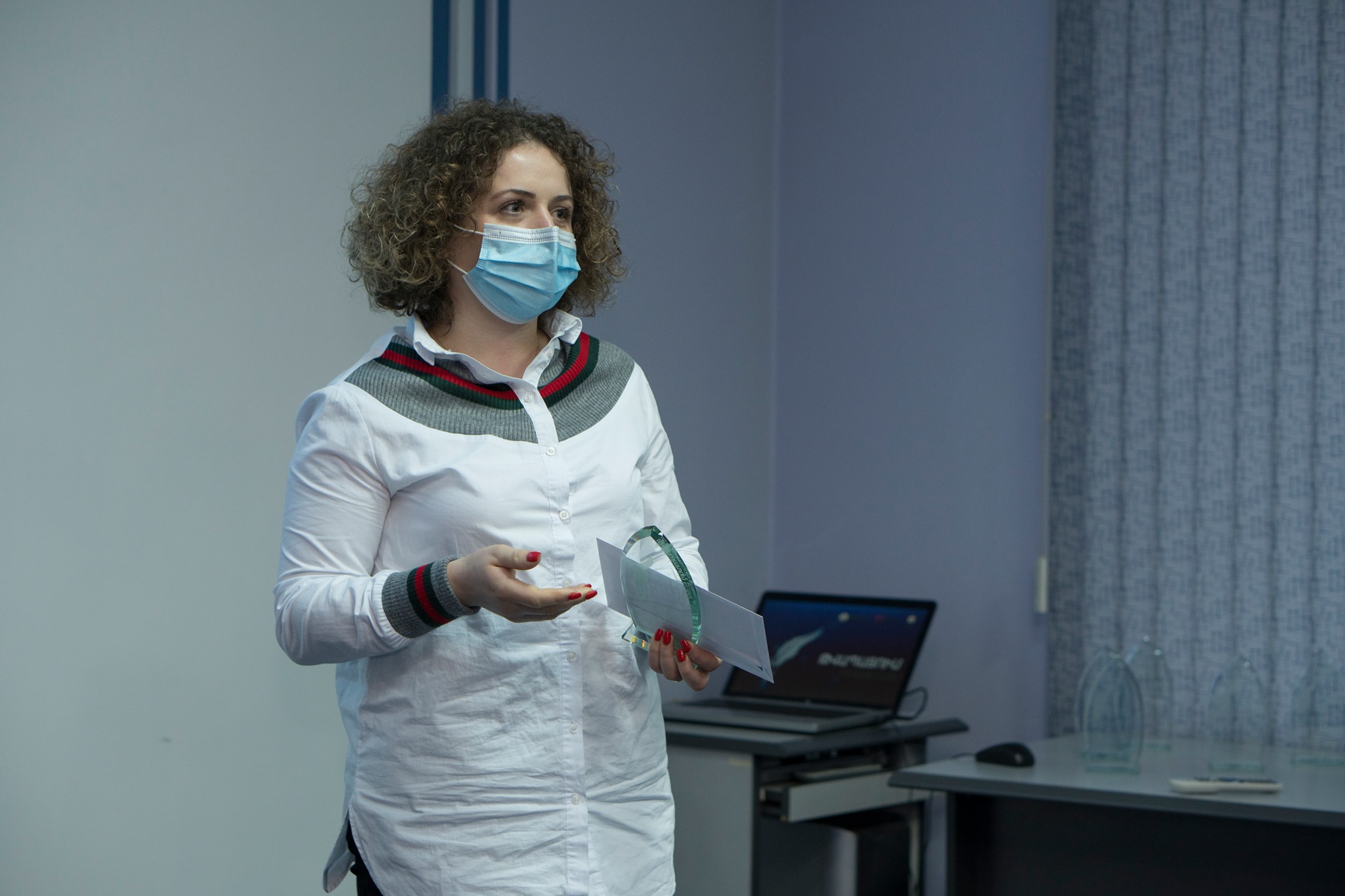 The “Emergency Writing” award (the prize of 200 000 AMD) was given to Nana Knar Martirosyan, who published in Sputnik Armenia “They are fighting in the coronavirus hell: a few hours in the intensive care unit.” 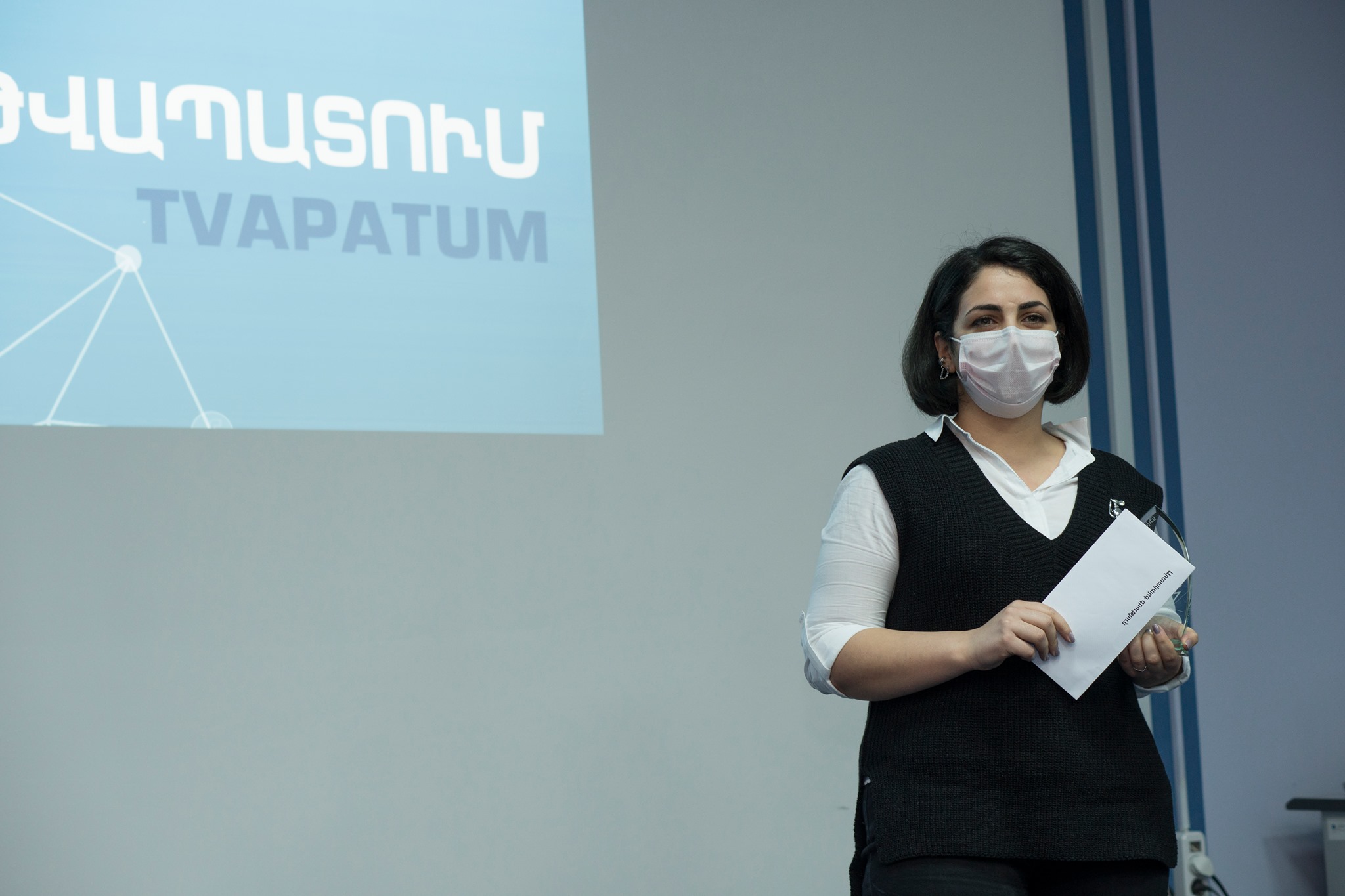 The winner of the “View” nomination (the prize of 250 000 AMD) is Margarita Ghazaryan, who prepared research for infocom.am: “860 felled trees and no water permit. The mystery of the shareholders, exploitation and termination of the lake mine.” 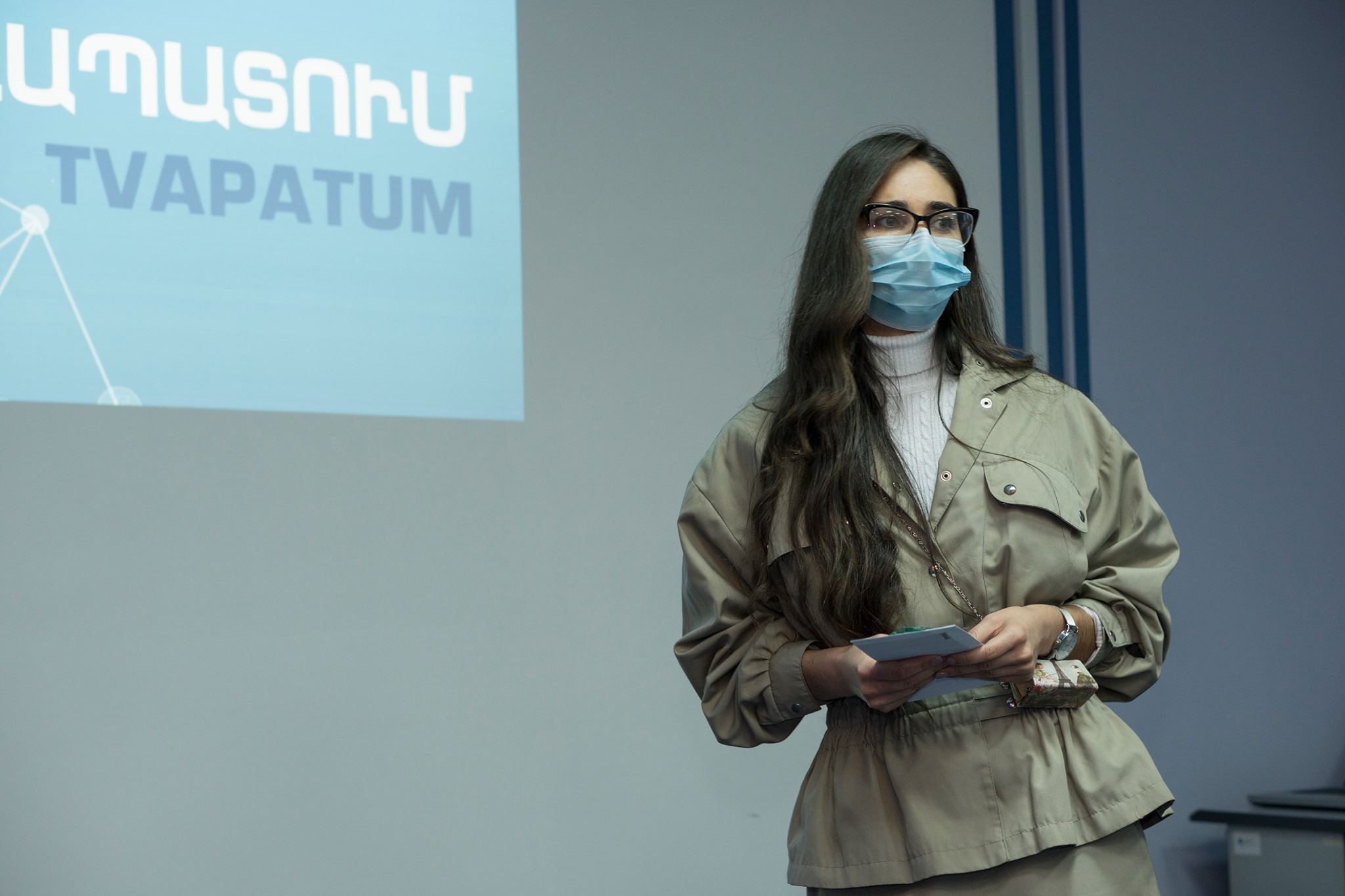 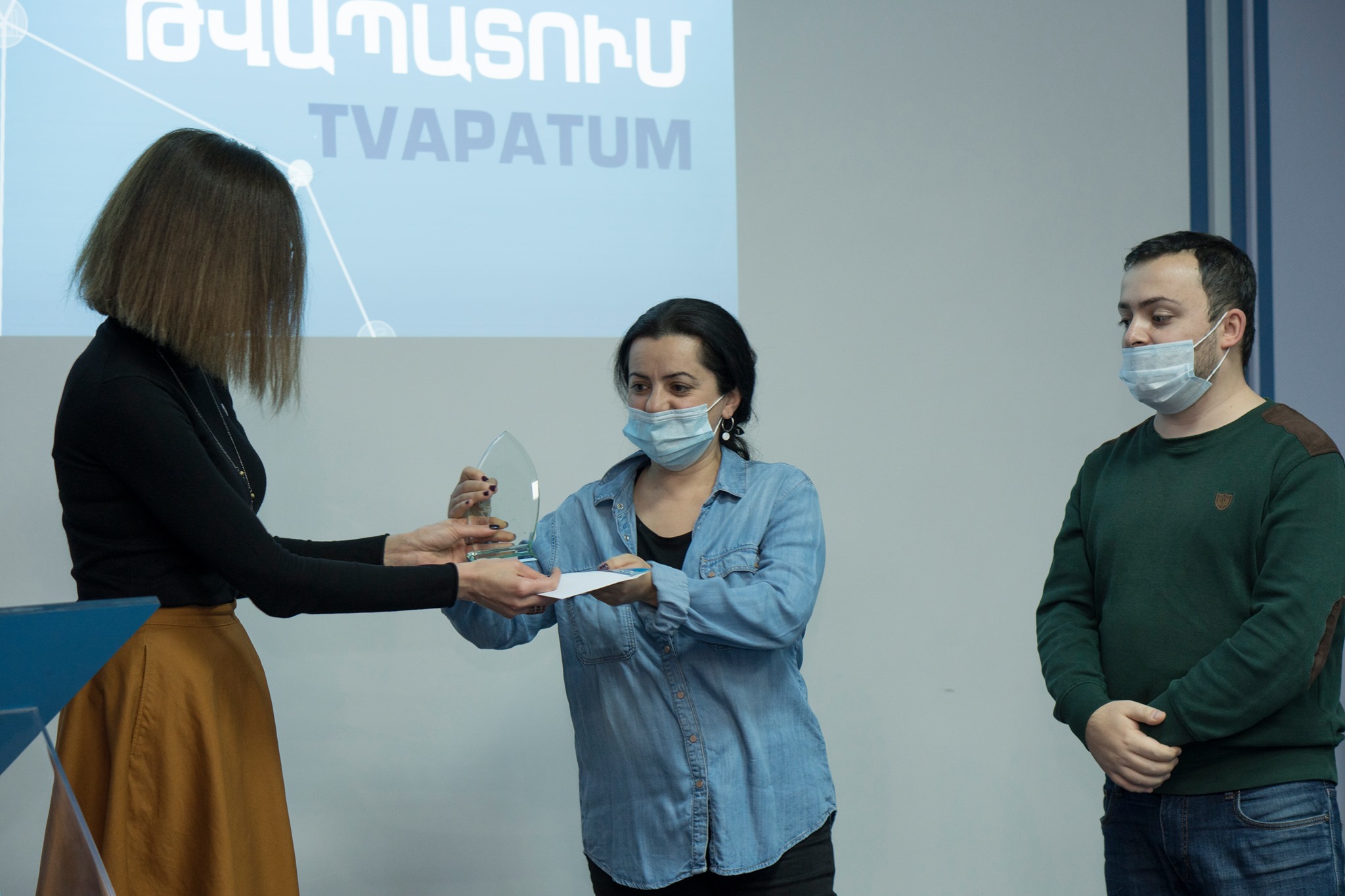 The winner of the “Re-information” nomination (the prize of 250 000 AMD) is Gevorg Avchyan, whose article “Armenia’s energy alternative” published in “YerevanToday”. 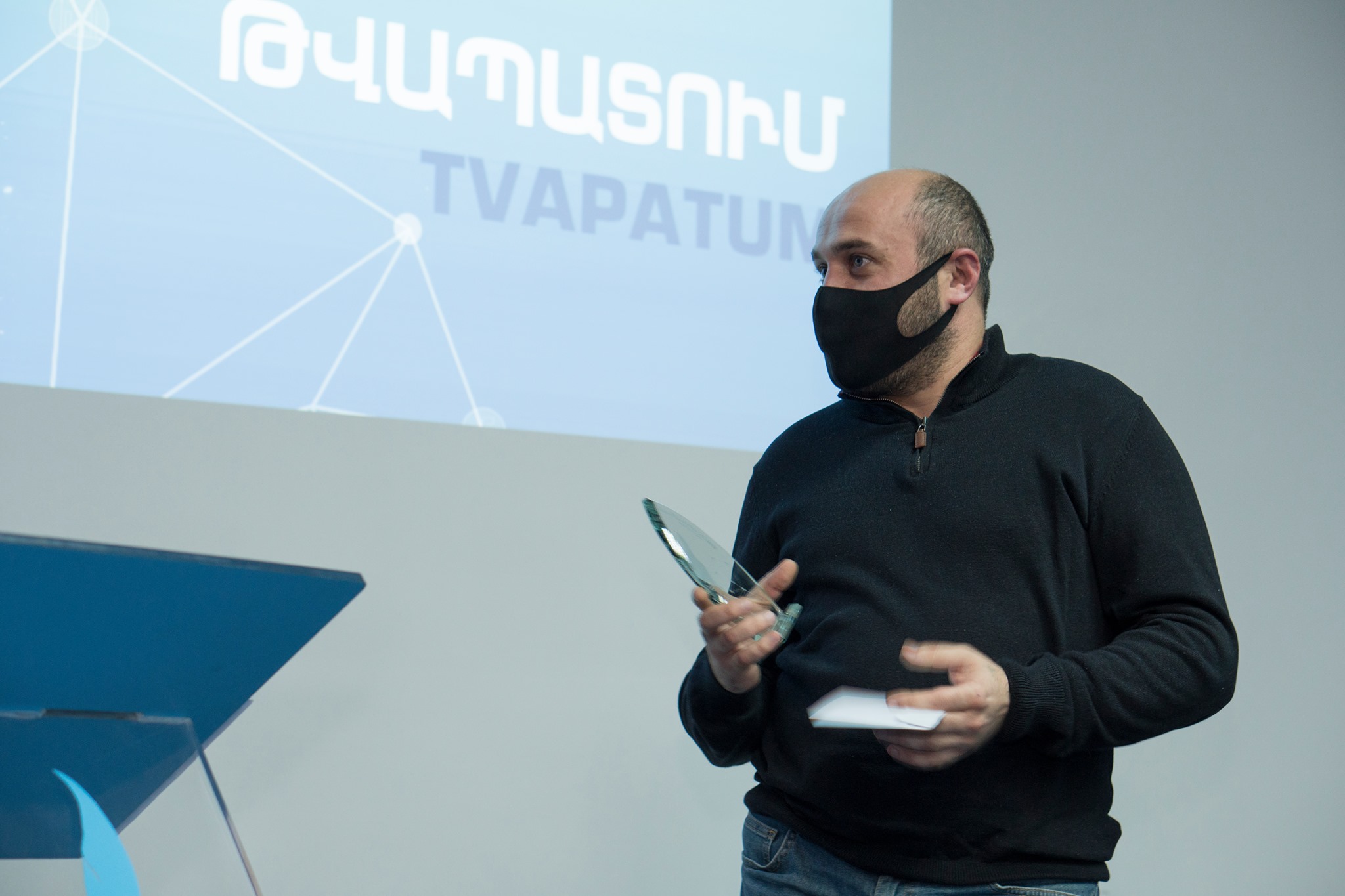 This year, the main prize (the prize of 300 000 AMD) went to Public Television’s “Hero of Our Times: Lusine Baratyan” reporter Khane Poghosyan and Lusine Buniatyan.

The Tvapatum contest is made possible by the support of the American people through the United States Agency for International Development (USAID) within the framework of the Media for Informed Civic Engagement project. The event is organized by the Media Initiatives Center with support from the US Embassy in Armenia, and the International Committee of the Red Cross.