In 2017, we were awarded the Grand Prize of the GAPMIL Alliance, established under the auspices of UNESCO for significant achievements in the field of media literacy in Armenia and the region. GAPMIL singled out MIC’s work with the Ministry of Education and Science, schools and universities, media literacy training resources, mainly media.am website, games, and regional cooperation projects.

Media literacy as a part of formal education

For the past 10 years MIC has been actively advocating for and supporting the integration of media and information literacy in formal education in Armenia through cooperation with the government, universities and schools, through teachers’s trainings and educational resource development.

In 2013, the Media Literacy Teacher’s Handbook approved by the Ministry of Education and Science was published and became the first Armenian language resource for educators to learn and teach about media literacy. In 2022 MIC published an updated handbook for teachers with focus on integration of MIL into school programs and with links to the National Education Standards adopted in 2021.

Based on the handbooks MIC developed a training module and in the course of 10 years trained over 1000 teachers, established media literacy clubs in dozens of schools and supported integrated lessons and educational projects. In 2021 our training module was accredited by the Ministry of Education, Science, Culture and Sport (MESCS) and now teachers can recieve credits neccessary for professional attestation by taking the course. The module has also become the basis of undergraduate courses in various universities.

MIC has a Memorandum of Agreement with the MESCS since 2017, we are part of the Public Council by the Ministry since January 2022.  As the government initiated large education reforms since 2020, MIC has been actively involved in the development of new National Educational Standards for preschools and schools (which now includes MIL competencies), as well as the processes following the adoption of the Standards.

“Lratun” media museum was launched in 2011. It touches upon the history of coverage of certain significant events and phenomena of the Independence Period.

“I am the media” Youth Empowerment with Modern Media Dimensions and Tools project promotes Armenian video content on digital platforms by creating alternative media designed for the Armenian audience.

“Hear Me Now. Developing Podcasting Culture in Armenia” is a pioneering initiative dedicated to promoting podcasting as an innovative means of content production and media consumption. 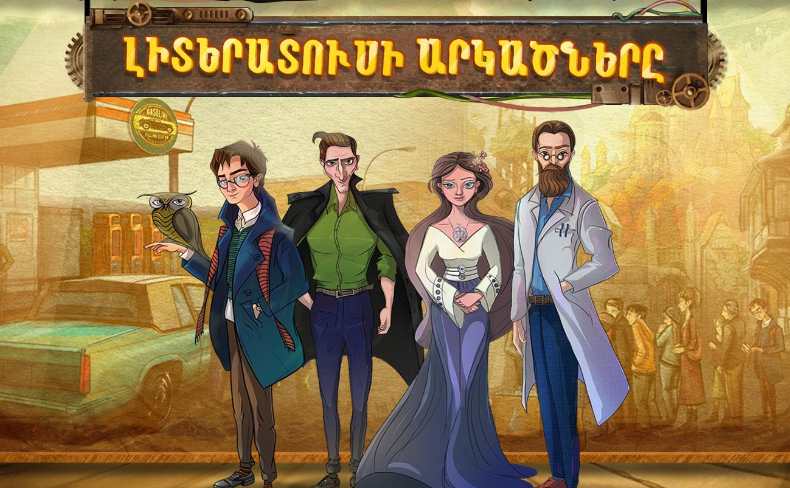 The Adventures of Literatus– information verification adventure game for teenagers available in Armenian, English, Polish, Romanian, Ukrainian. A board game was printed in 2021 in Armenian language.