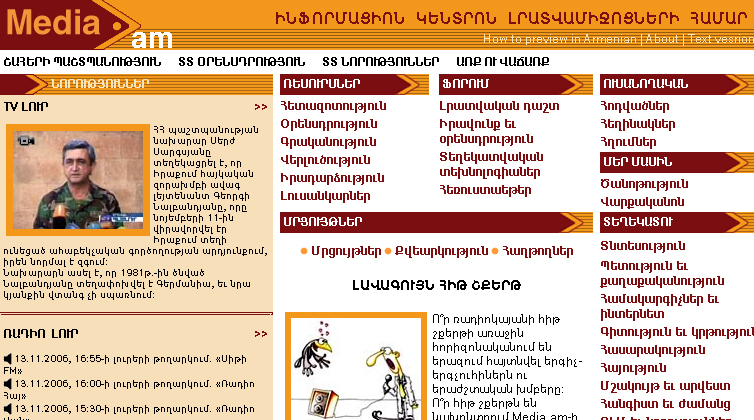 The project contributed to the development of the information sector of radio through raising the number and quality of production. For this purpose, Internews promoted radio in the Internet by developing Radionews, Interview and Students headings of its Media.am portal, organized training courses for the personnel of radio companies, promoted production of social programs and raised the interest of students of journalism departments on talk radio.

This project was implemented during February 2006 – January 2007, with funding support received from Open Society Foundation Armenia.