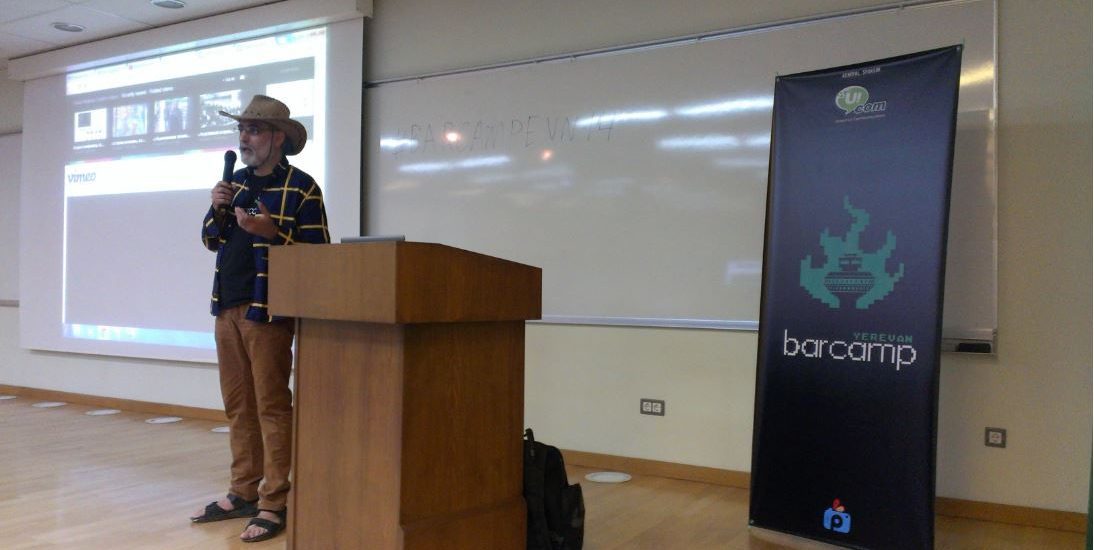 “Lratun” (house of news) museum’s first multimedia exhibtion – Earthquake That Shook the Media – depicts how the press, television and documentarians of the time covered the 1988 Spitak Earthquake.

During Barcamp Yerevan 2014 (31 May-1 June), “Lratun”‘s touchscreens were placed in the American University of Armenia, where the event was being held. Almost 2.000 participants of the Barcamp were given an opportunity to flip, read, listen and view the exhibtion materials. Vahram Martirosyan, “Lratun” Project Coordinator, presented the history of the media museum, tours around a number of towns in Armenia, and answered questions of the audience.

MIC “Mediabattle” medialiteracy game was presented through another touchscreen. Barcampers were testing their knowledge in media and critical thinking.