NewsThe Story Is Essential, And Techniques And Applications Are Secondary

The Story Is Essential, And Techniques And Applications Are Secondary

“If the audience is engaged in the training, asks many questions, and is interested, then the training is successful”, says Matthias Suessen – a German journalist, blogger and trainer. Revealing the new opportunities of your smart device and learning about their use should definitely be interesting to all media people.

Matthias was announced the winner of the writing contest organized by Wikimedia Armenia and Wikimedia Austria in 2017. Recently he visited Armenia and at the suggestion of MIC, conducted a one-day training on mobile journalism. Bloggers, experienced and beginner journalists gathered in the Loft Center to gain new knowledge and tools. 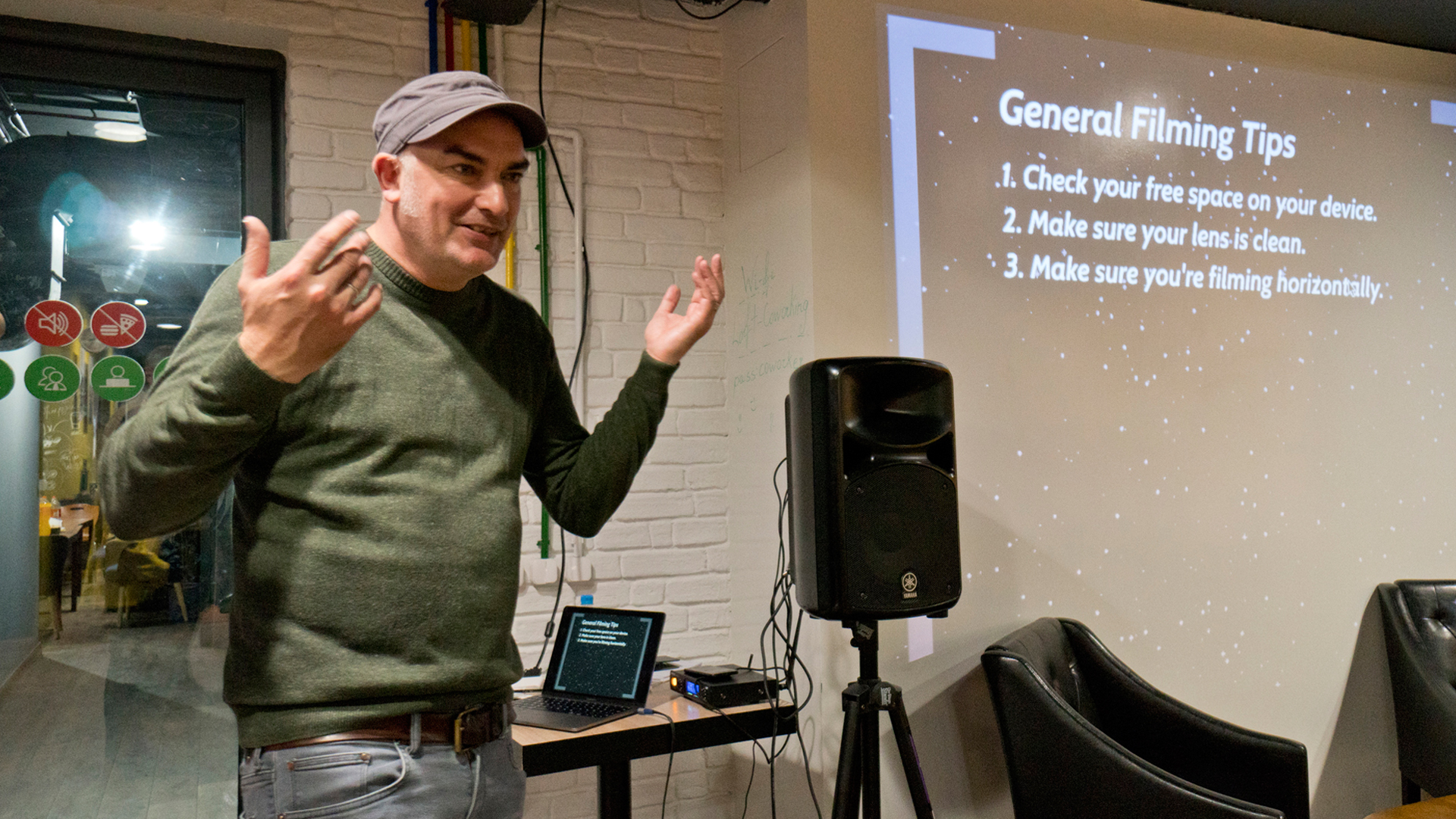 Matthias remembers his acquaintance with the miracle device after the giant cameras of the 80s and 90s.

“I got a smartphone in my hands and realized I need nothing more. Wherever I am – in plane, bus, on street, everywhere, I can shoot, I can edit and directly publish my material. Everywhere I go, be it a remote island or a poor country, everyone has a smartphone. So, I like the idea of giving people a voice. I train them in using their mobile phones, so they can tell the stories independently”.

Matthias taught the training participants the mandatory rules of mobile journalism, suggested his list of the best apps for video production, advised how and where to publish those materials. As an assignment, the trainees were to film and edit an episode of their choice.

We tried not to stay behind – a few shots, a few touches, and shortly we produced a video about the training using the Kinemaster application.

Matthias says, smartphone is not only for capturing beautiful scenes on holidays and publishing them. It has become a professional technique for a number of media outlets, such as BBC or Arte. They use it not only for producing videos for social networks, but also for broadcasting.

TV producer and host Erik Antaranyan thinks we should learn from the Western countries. He came to the training for learning about new tools and discovering a new community of mobile video makers.

“It’s impossible to always be on the scene with all members of the production team. If you come across an exclusive material, you have to shoot it. As journalists, we need to remember about the most important thing – content. As for the mobile phones, nowadays their capabilities are so close to those of the professional cameras. HD is considered a high quality for Armenian TV channels, and my smartphone provides even 4К.”

Mobile journalism is quality and spectacular to Matthias, however, he speaks about the limited opportunities, as well. He recommends to test and to find the best application.

“One cannot find one app performing everything, so for the production of a video a mixture of apps should be used. Or, if one works on the production of a complicated multimedia project, editing through a mobile phone will be hard. The mobile phone is good for producing short 1-2-minute-long videos,” Matthias says and reminds: the story is essential, and the techniques and apps are secondary.