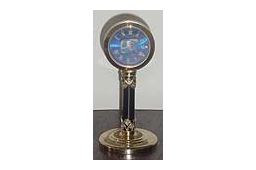 Crossroads, a weekly informational journal about life in Armenia, Azerbaijan and Georgia, won two awards at the 5th Eurasian Television Forum held in Moscow on October 12-16.
The forum, organized by Moscow’s Eurasian Television Academy, is a contest for professionals in the sphere of TV broadcasting from the NIS and Baltic States. Crossroads was awarded the first prize within the “Partnership” category. The program also received a special prize by Modern University for the Humanities for its contribution to international cooperation.