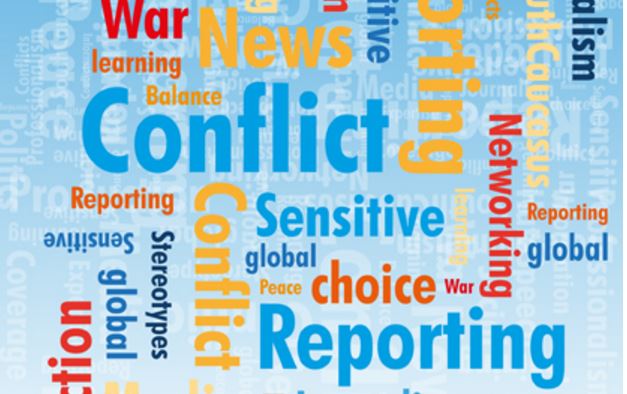 Within the framework of “Promoting Conflict Sensitive Reporting in the South Caucasus” project, the Media Initiatives Center (Armenia), Internews Azerbajan and Internews Georgia conducted a research.

In-depth interviews were conducted among 30 media and conflict experts in Abkhazia, Azerbaijan, Armenia, Georgia, Nagorno Karabagh and South Ossetia. They analyzed the clichés, stereotypes and hatespeech used by the media, the factors affecting the balanced reporting, and the role of media in conflict transformation.

The survey revealed that the frequency of the conflict coverage has decreased, the reports have become event-wise, schematic, biased and negative. There is a lack of qualitative analysis, information on ordinary people and their lives, and overall perception of the region in general. Another tendency is the lack of the audience interest towards the conflict with the neighboring country, and more interest in social and economic issues of their own country. People rather want to learn about the number of shots on the border, than about the current phase of the conflict. Overall, people are keener to negative information about the conflicting party.

Another important finding is that the media violate the ethical norms while reporting on conflicts, using biased information and hatespeech, advocacy and misinformation. The hatespeech dominates and is being interpreted from the perspective of patriotism, and there is lack of opinions from the other part. However, the respondents notice positive trends.

As for the role of media in the conflict transformation, the respondents mentioned that though media form public opinion, they cannot play a significant role in the conflict resolution, since decisions are taken at the governmental level. However, media can enhance or mitigate the tension and direct the public at large towards or against governmental decisions.

The research recommends a number of ways to achieve balanced reporting of the conflicts. The first recommendation is ensuring more independence of the media: those not depending on the authorities cannot become tools of advocacy. The experts also suggest raising the level of professionalism of the journalists, due to which it will become possible to transform from the official advocacy towards human stories. Another recommendation is enhancing networking among journalists representing conflicting parties, including promotion of personal and professional ties and implementation of joint projects.