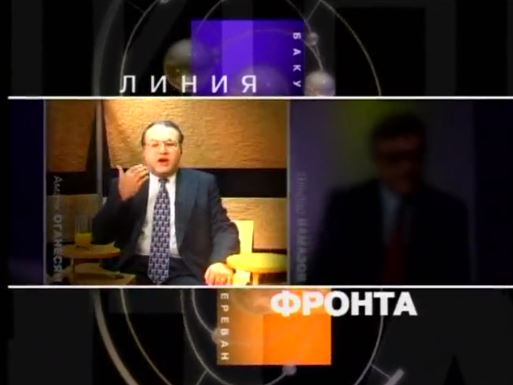 Praised as an “outstanding format for dialogue,” the Internews television program “Front Line” has been named “Best Journalism Project of the Year” by the Institute of Peace and Democracy in Azerbaijan.

The award was presented by US Ambassador to Azerbaijan Ross Wilson. During the presentation, Wilson pointed to the program’s high ratings in both Azerbaijan and Armenia as a telling sign that people in both countries desire peace to end the decade-long Karabakh conflict.

“The ‘Front Line’ spacebridge program has been an outstanding format for dialogue between Armenians and Azerbaijanis on the most sensitive and difficult issues between them,” Wilson said. “That this has been one of the most highly rated shows in both countries illustrates to me that people are anxious for peace.”

The presidents of Azerbaijan and Armenia have stepped up peace talks since the beginning of this year, leading to widespread reports that the two countries will sign some sort of peace agreement this summer.

The program linked television studios in Azerbaijan and Armenia via satellite. The show’s hosts and their guests discussed a wide range of issues, including politics, peace negotiations and possible settlements, as well as ecology, sports and student exchanges. A total of 24 such programs, each 30 minutes long, aired in both countries over the last six months.